It took a while. Years of practice and moving to harder and harder competitions but a squad of 4 HPC players finally qualified to play for the Northern Region. Qualifiers were held in June when they played against 12 other teams of hopefuls in a round robin where they played every other team and ended up as the 9th best team in the region and 12 teams out of 13 qualified. 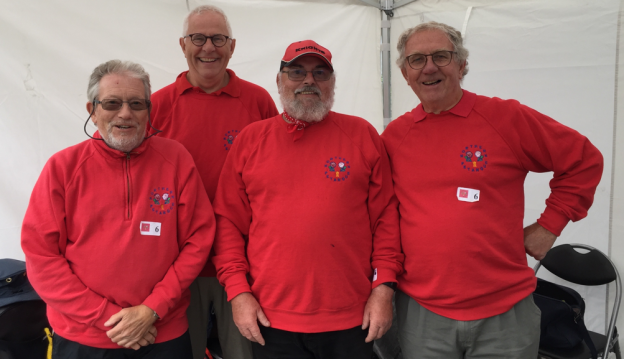 First outing was today in Mansfield when they played a 6 round triangular triples competition with Mercia and Heart of England regions. It was practice for the annual regional tournament which is at Hayling Island in September.  And it went very well. The squad of Roy, Brendan, Richard and Paul played 6 games and won 4 of them which was one of the best results for the 8 Northern teams. In the end the triangular competition ended with teams on 25, 24 and 23 wins. Northern were 2nd.There may be other regional matches and this squad will be eligible to play in this. Watch this space.

3 thoughts on “Qualified for the region”