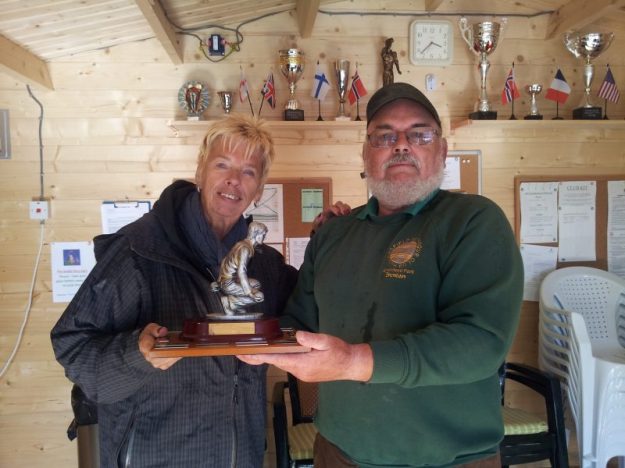 Very mixed weather – twice during games we sheltered in the Club House – it would have been a squeeze in the old shed!!
We were able to listen to Hudds Fest music as we played.
The results on the day were that 2 members had 3 wins,
Brendan & Robin with identical scores +25 – not surprising as they played together all 3 games. Richard with 2 wins +12 was 3rd.
Nigel was the only player who could catch Rita and he did not play, so Rita was the winner with a magnificent 37 points achieved over April to June.
Final Table. Winter melee starts October 6th.